Last week our students took Intro to Christian Theology with Merrill Dyck which challenged and stretched them in many ways.  The week began early on with an explanation that the issues they'd be tackling are those that many thoughtful and faithful Christian thinkers have disagreed on for many ages and still do today.  One of the ways they worked with these issues was by being split up into groups on opposite sides of an issue and told they were going to have a debate at the end of the week. 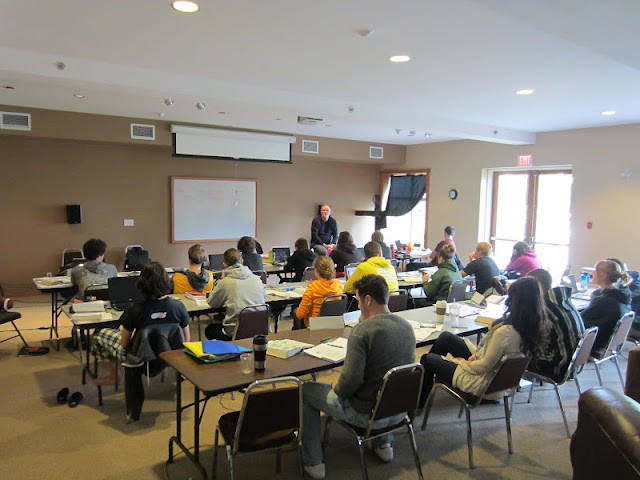 As the week progressed one group researched the Peccability of Christ (that he was capable of sinning) while the other researched the Impeccability of Christ (that he was not capable of sinning).  Neither group was trying to prove that he did sin but rather they were debating whether or not he was even able to sin in the first place.
The other groups were split on the issue of is it okay to lie if the truth would cause harm to somebody else.  Regardless of personal stance the groups had to defend their argument which involved careful research and lengthy discussions.  This in many ways allowed them to see both sides of a difficult issue giving them a much greater empathy for those who would disagree with them on disputable issues. 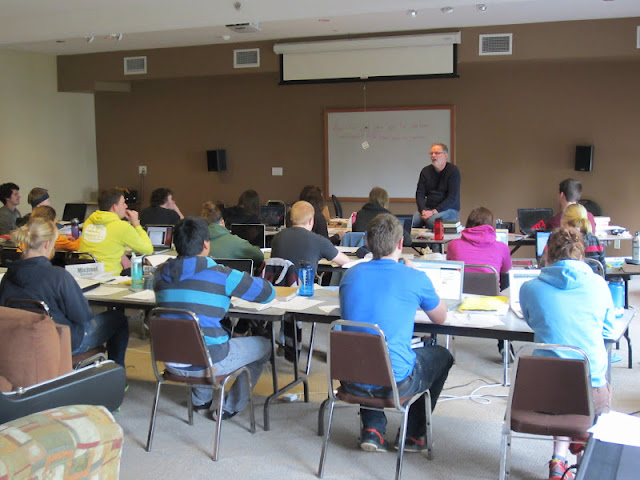 A very challenging course for many, Christian Theology made our students think about things in new and deeper ways than they ever had before.  Jon, one of our students, explained that this course challenged him to re-examine how different people could draw different conclusions from the same passage of Scripture, eventually coming to "different [conclusions about] what Scripture has to tell us".  This question of how two people can carefully examine the Scriptures and come to two very different interpretations is one that was at the forefront of their learning in this course.  While there is no simple answer, the students learned to approach this with humility, grace, and understanding.
Be in prayer for our students as they finish up the post-course work for this class.  Tomorrow they hand in their research papers for Christian Theology so continue to pray that the deep theological issues they are writing on and researching have a deep and profound impact on them as they work.

Looking forward we'll be heading out to Mystic Beach next week for a three-day camping out-trip and then transitioning into Studies in Christian Worldviews (their final class of the year).  Thank you for all of your support and prayers this year.  Continue to do so as our students try to finish well in the last four to five weeks of the program.
Posted by VK at 4:07 PM