As October wanes it's definitely time for another update.  Last week we did the last multi-day out trip until Christmas as we headed out to Tofino and went surfing!

On the way out we had some fun stops including Goats on a Roof, Cathedral Grove, and a pullout on the highway with a beautiful view.  Since it was so late in the season there were no goats, seems they had been "kid-napped" as Nicole would say.  Cathedral Grove was a lot of fun and the second we left the vans cameras came out.  The common theme seemed to be standing on top of large horizontal logs. 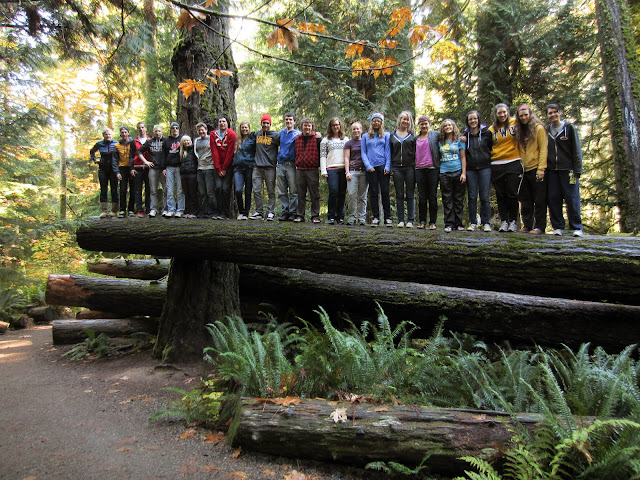 I've been there several times now but still it takes your breath away to see huge trees everywhere. A little later we stopped on the highway to play on the rocks, explore the river and enjoy the view.  Erin and I took the opportunity to snap a few photos with a beautiful backdrop. 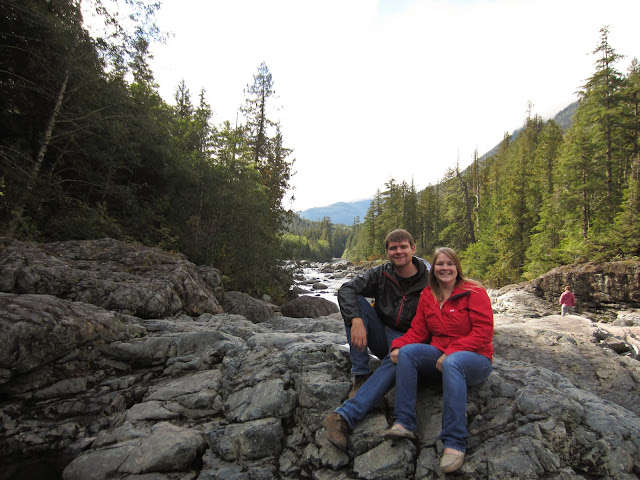 To end the day we went and enjoyed Long Beach for a bit.  While lots of people played games on the beach some decided to play in the surf for a bit and enjoy the waves.  Even though the water was cold the weather was so beautiful you couldn't help but be drawn to the water. 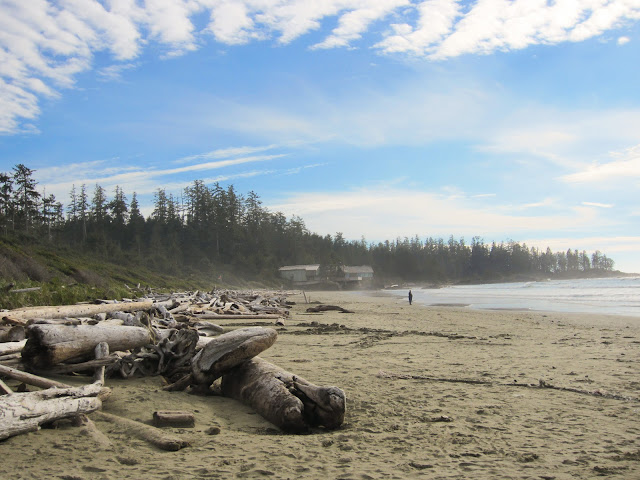 Overnight we stayed at the church of a past staff member Peter Bird in Uclulet.  Even though we didn't see Peter himself I at least go to hang out with his dad for a bit.  It was wonderful to have a kitchen to use and a warm place to sleep at the end of the day.  It also allowed us to have some wonderful chapel times without worrying about the elements or what to do with our instruments.

After a full first day we all slept soundly even though we hadn't done any surfing yet!  To start off the second morning the students were sent off to a time of prayer and contemplation on a beach just a few blocks from the church.  Sometimes I forget how amazing and unique it is for them to have this as a backdrop while studying. 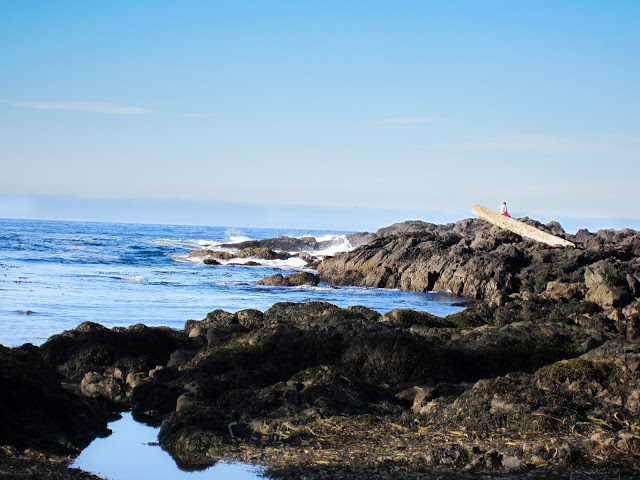 Even when we arrived at the beach the studying didn't end.  Before getting geared up the students got a lesson in tides, where waves come from and learned a bit about surfing from the two instructors we had from Tofino Surf School.  They were unbelievably helpful as we learned something new or dusted off an old hat we hadn't worn for a while.  After being unable to get up wave after wave after wave I asked one of the instructors for help.  He adjusted my body position, told me to look at the horizon when paddling and suddenly I caught the next wave!  It was ridiculous how quickly it turned around with a little help from somebody who knew what they were talking about. 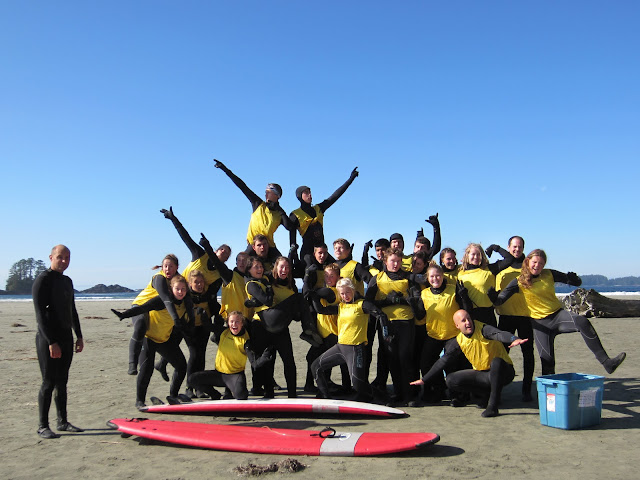 As you can see we were ready and eager to hit the surf at this point.  And surf we did!  Most of the group spent at least five hours in the water the first day and another few the next morning.  Here are some shots from the last day of our trip (after we had become pro-surfers).  You can see that most of our moves were inspired by watching the movie "Soul Surfer" the night before. 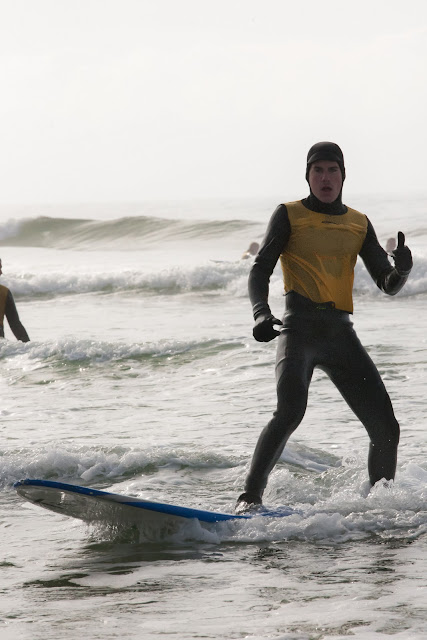 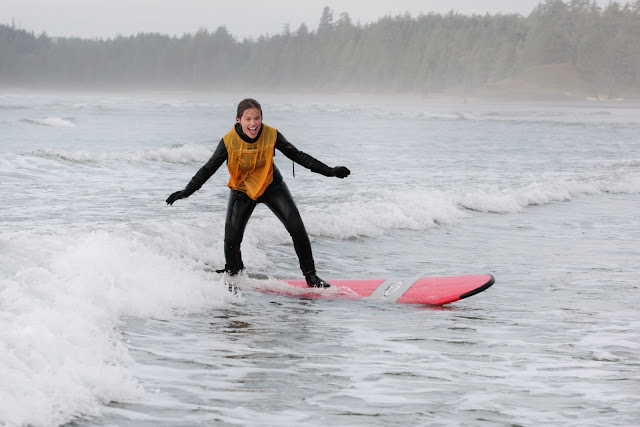 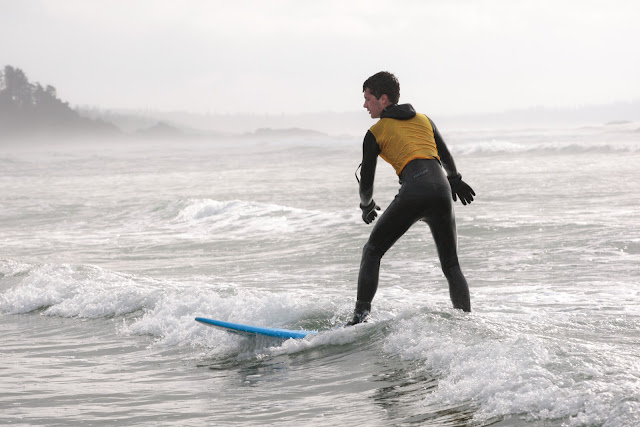 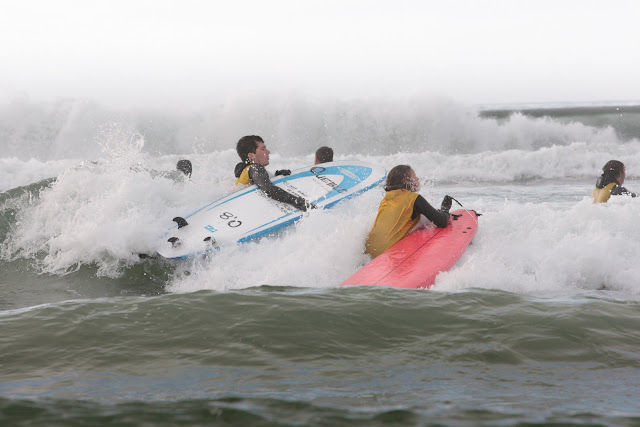 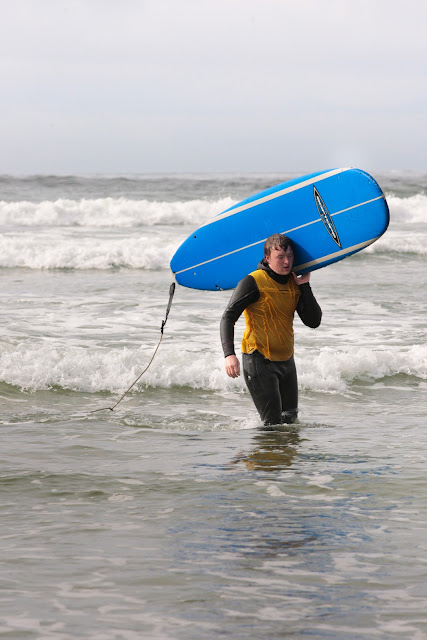 Email ThisBlogThis!Share to TwitterShare to FacebookShare to Pinterest
Labels: Update

You took a billion pictures and only five photos made it? They are nice photos though, not trying to be mean or anything, just saying.

See, you just needed to be patient : )

this is great to see! question: is the OT Vid making it's way up here? i'd love to see it. also! Kaleo 2012s, the rest of us Kaleos from years past wanna see your updates! let us know how it's going!